The American Artist in Corciano
As an artist in residence I arrived in Corciano after spending the summer in Florence. For three months I carried on a love affair with this old medieval city, built on top of an ancient Etruscan city. Everyday I walked the narrow winding streets of Corciano, circling inside three stone walls. About 400 Italians lived in the little city proper, near Perugia and Assisi in Umbria. It was September 2001. The world was about to change. Forever.

Afterward the Italians said, “This [9-11] is a crime not just against the United States, it is a crime against all of the civilized world.” The Italian news media counted the deaths of the Italians who worked in the Twin Towers.

On every walk around the small city, I encountered the Corcianese. Each person I met grabbed both my hands, peered into my eyes anxiously, and asked, “Are you okay? Is your family okay? How is your Mamma? Your daughter and grandson? Is everyone okay?”

Overwhelmed by their concern, I explained that everyone was okay – my Mamma lived in Ohio, my daughter and grandson in Texas, a long way from New York and Washington, DC. They did not really understand the vast distances that are the geography of the USA. Then, reassured, they asked to see the newest work in my illustrated journal. By now they knew I was the American artist that worked outdoors, morning, noon, and night. They liked to look through my handmade journal, rediscovering their community through my eyes.

After 9-11, I spent the days out of doors, walking, looking, listening. I lost myself in drawing the beautiful landscape of Umbria, sitting on the outside wall of the old city. I worked with brush and sumi ink, or pen and ink, and watercolor. The harvest came with continually changing colors. Every day was a visual feast, with the passing of clouds, the wind, the sun, the bird songs, the moods of the weather. The scents of autumn filled my nose – woodsmoke and crinkly dry leaves. The sounds of the hunt reached my ears along with the constancy of the church bells ringing the passing of the hours. I was enchanted by the sparkling Prosecco light which transformed everything in Umbria.

When I returned to my studio in the far frozen north in Minnesota, I began a series of heliogravures – etchings in the sun, on Solarplates. I worked from my original drawings and watercolor studies, and began printing these landscapes. After each plate is printed on 100% cotton rag paper, I hand color them with watercolors. 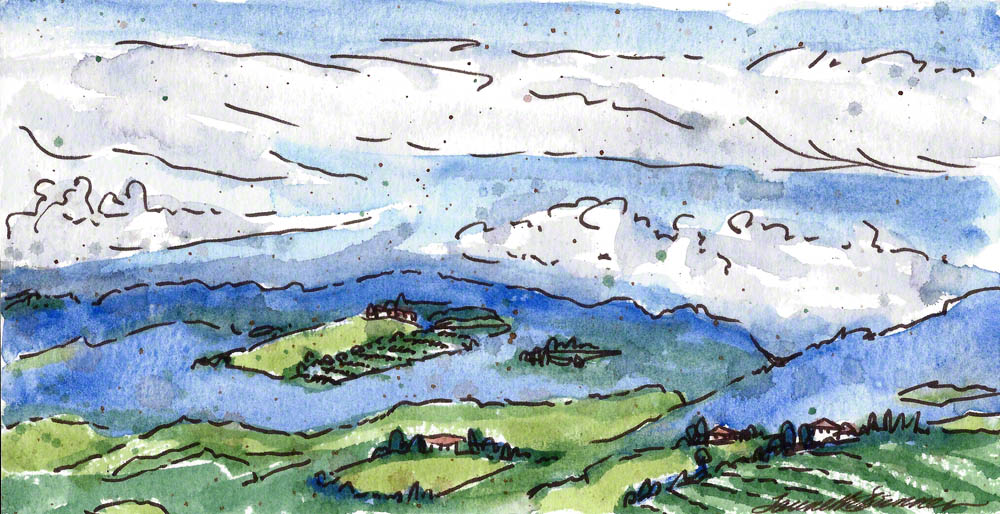 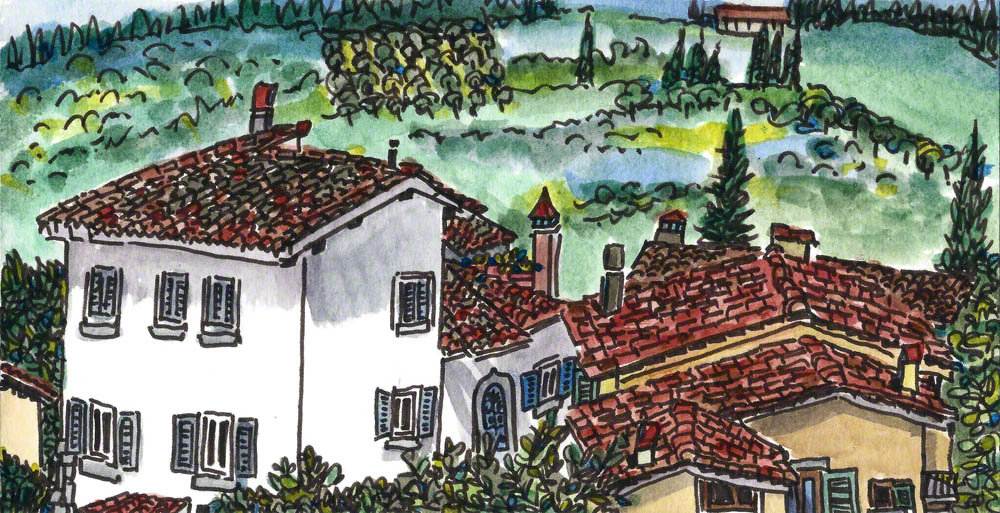 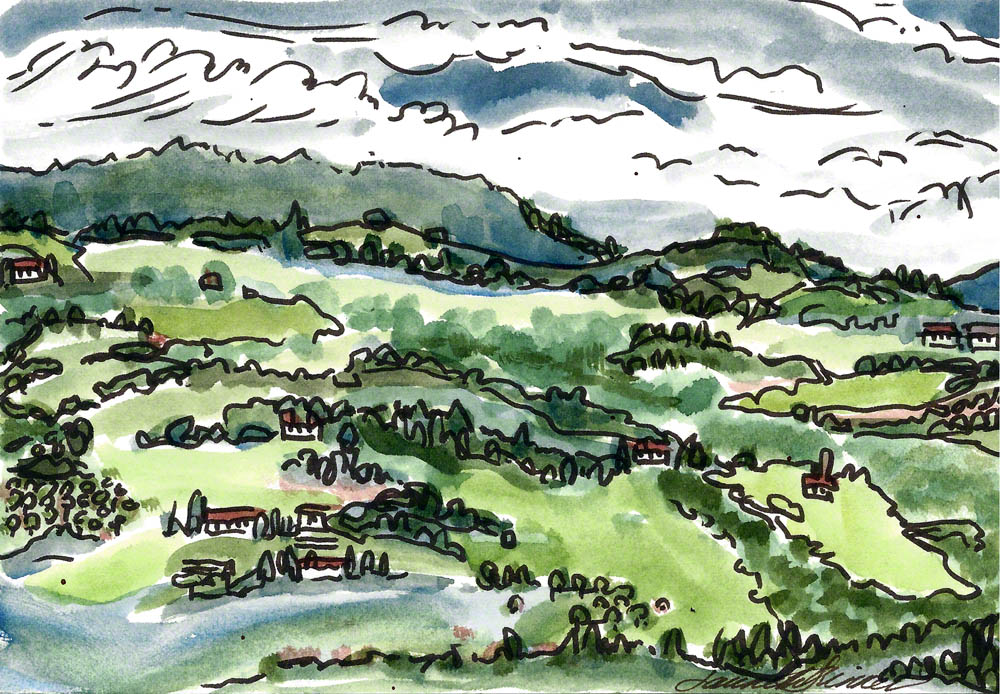 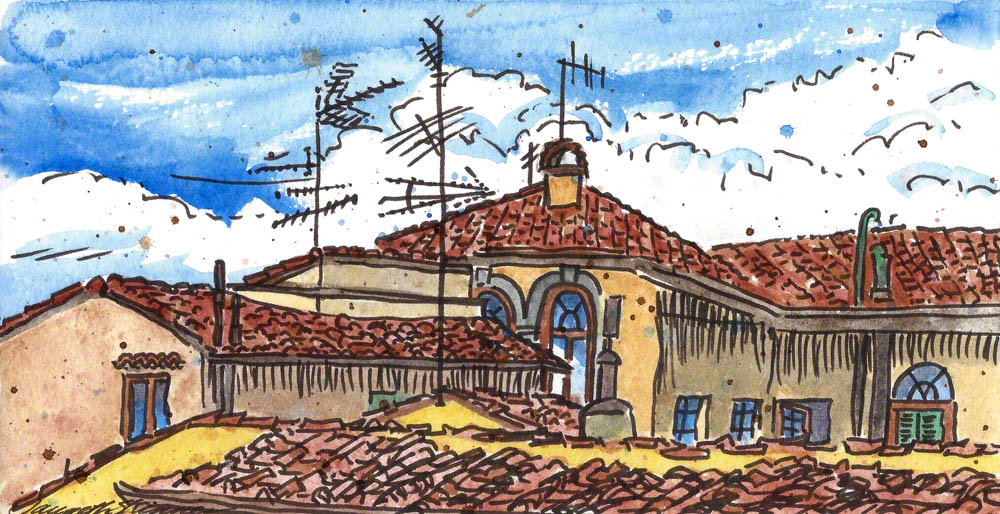 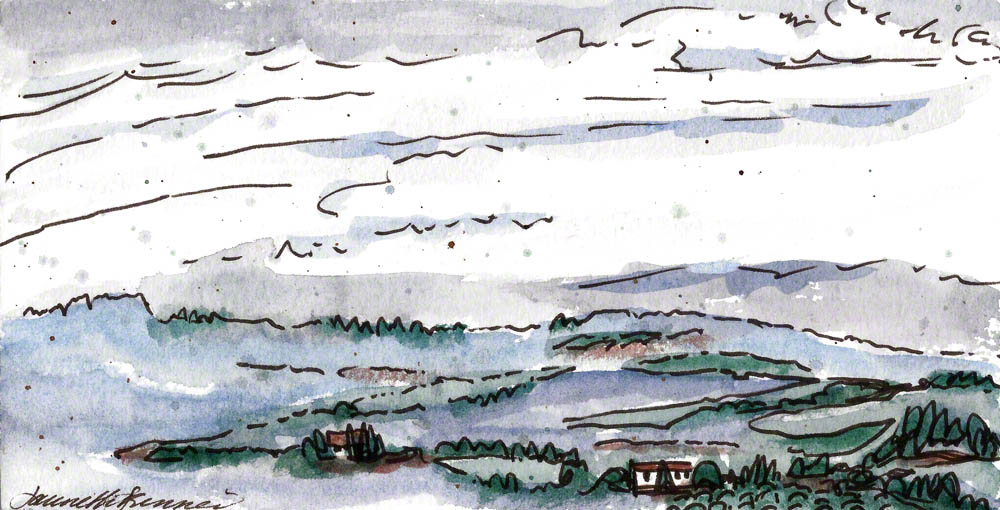 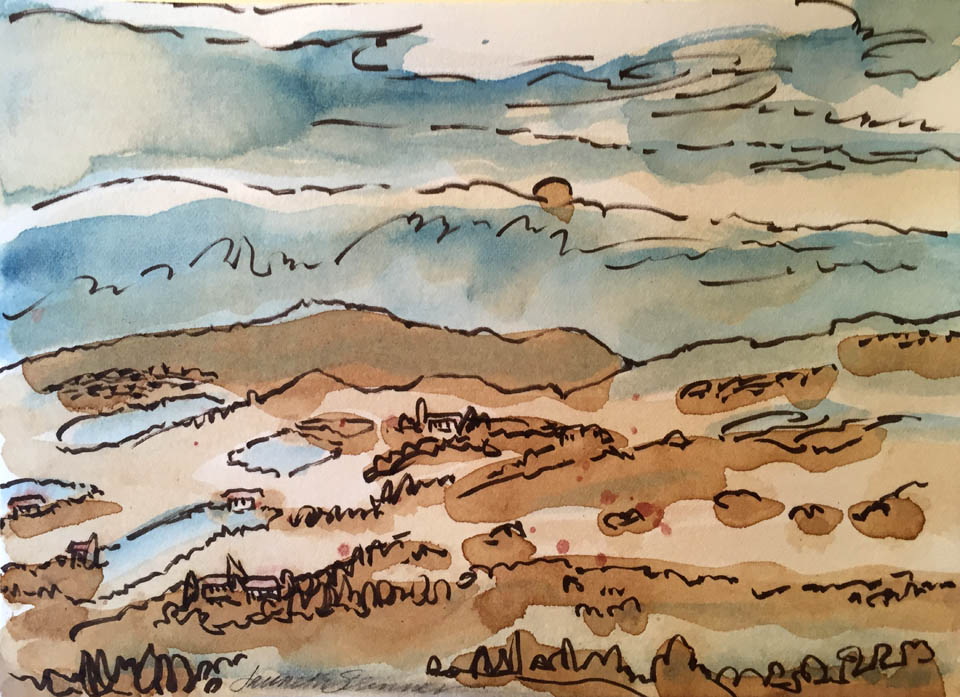 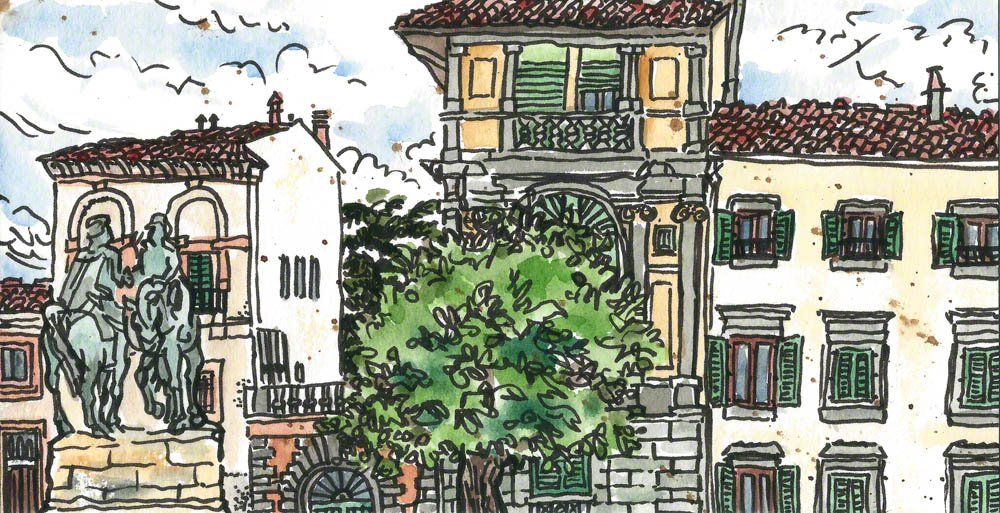 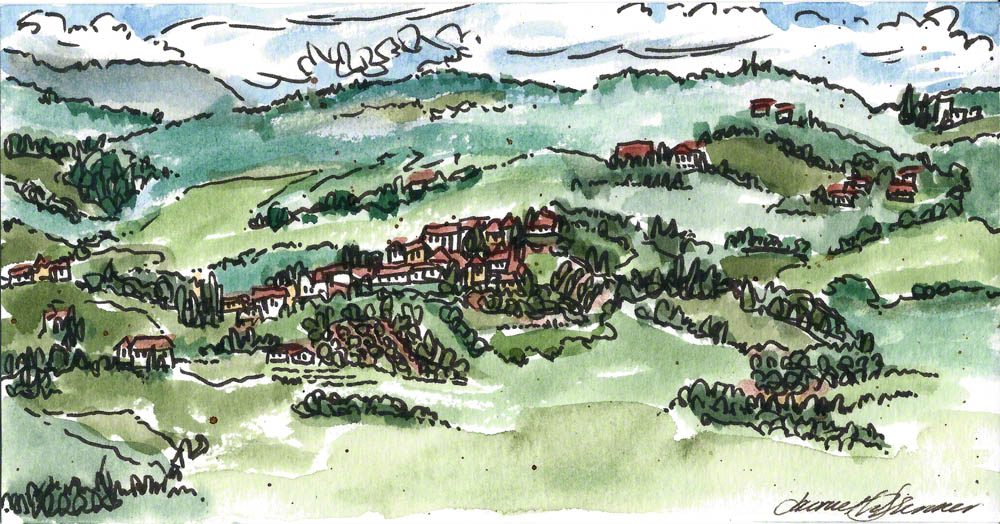 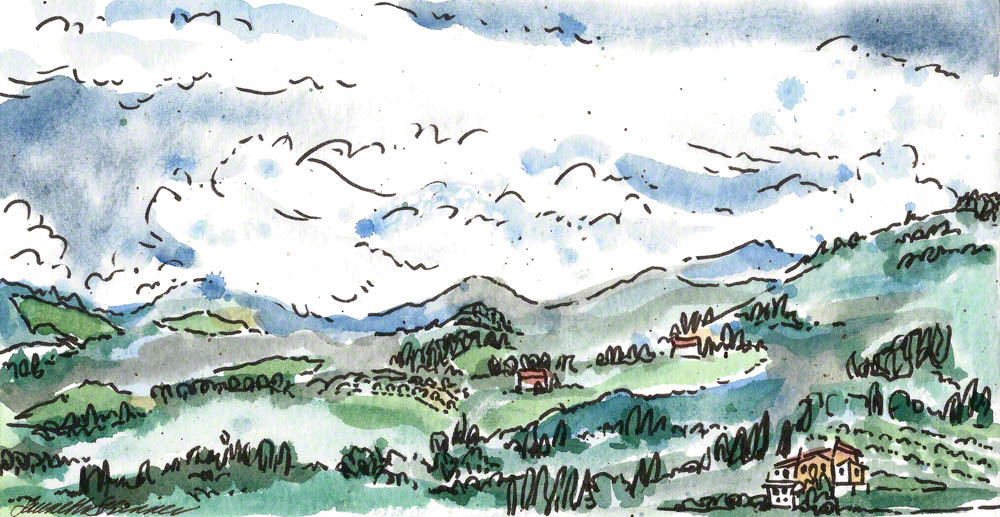 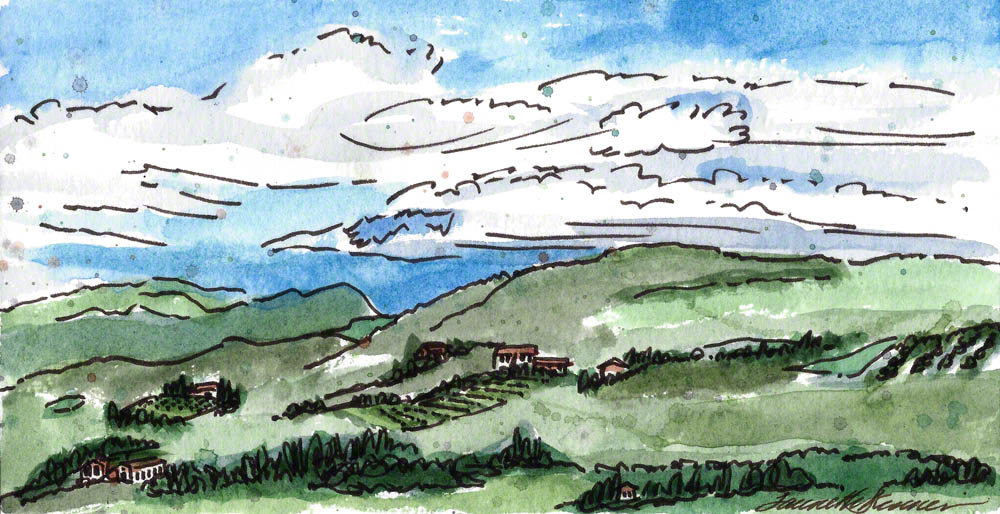